Everyone who travels to Greece flies into Athens. 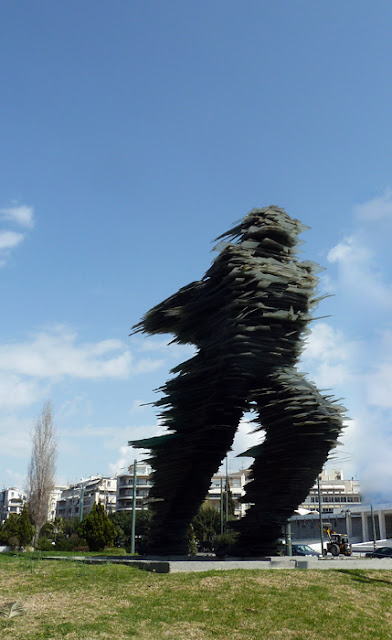 Also called Saloniki - one of Europe's oldest cities and a port tucked in the northwest corner of the Aegean Sea. The White Tower, once a prison, is now a museum along the waterfront. 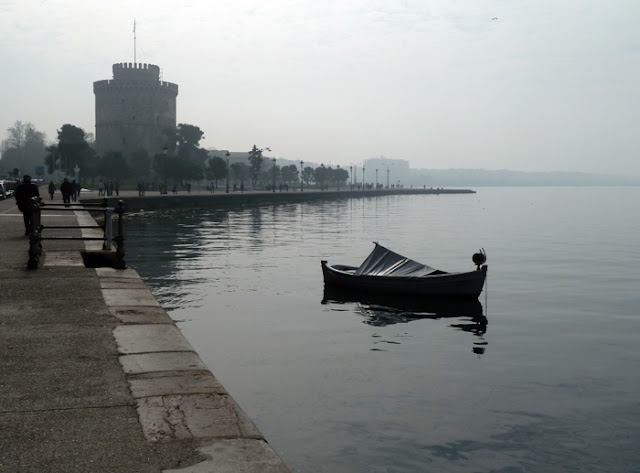 A UNESCO World Heritage Site, one can't turn a corner without encountering a historic site. 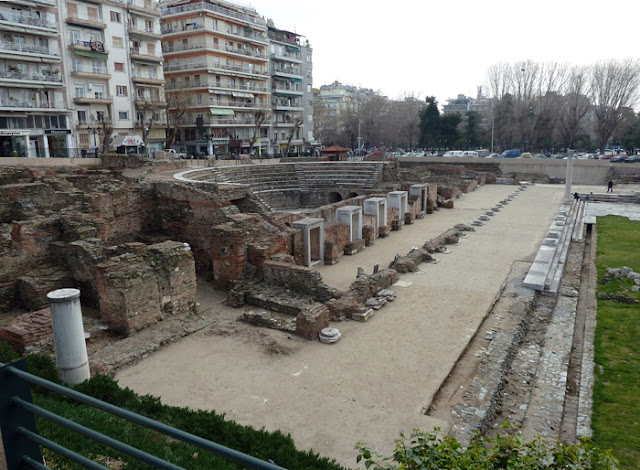 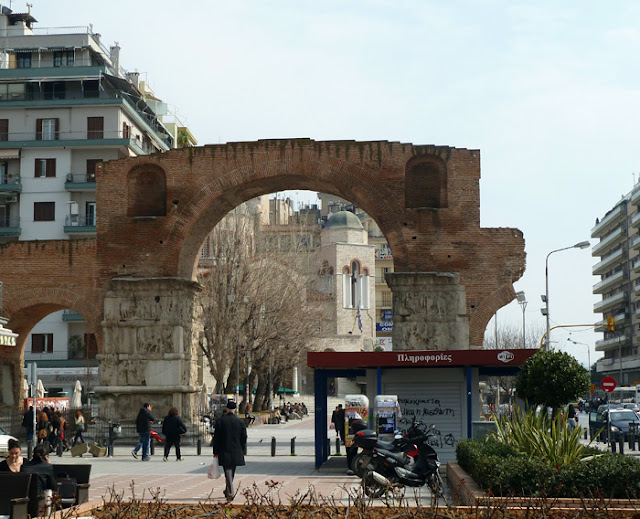 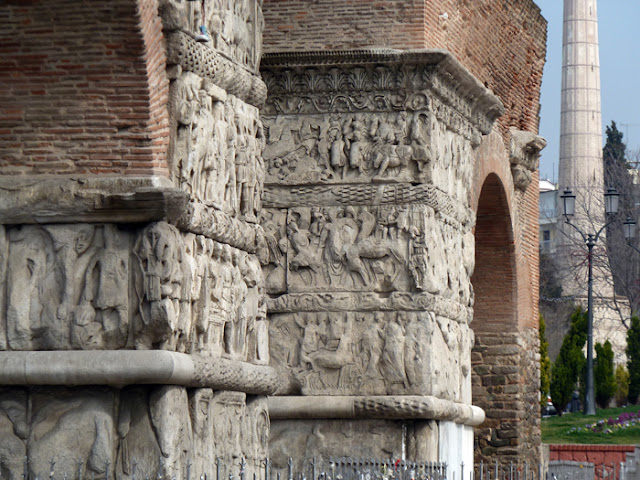 In fact, work on the new underground system is constantly held up because the crew keeps uncovering ruins. 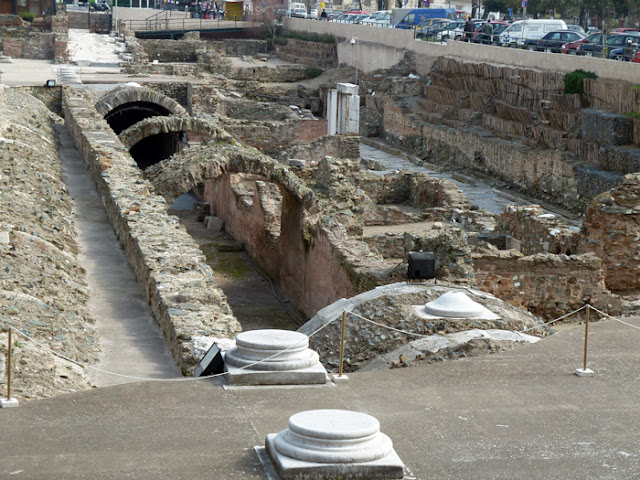 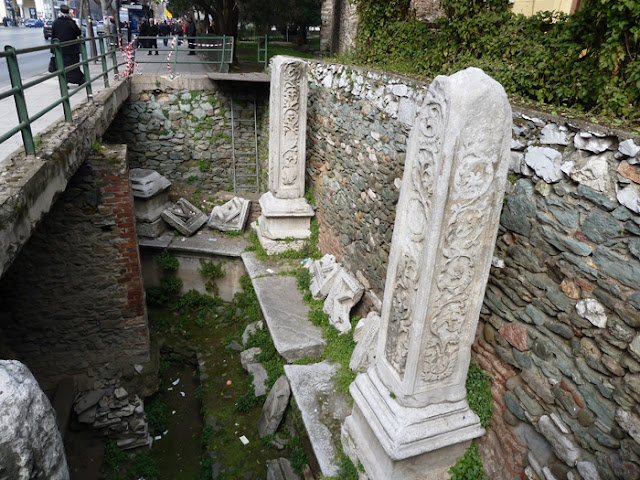 I spent a few days working with the Gestalt Foundation (an inspiring group of psychologists and psychotherapists committed to training and community service projects, like working with refugees and cancer organizations). 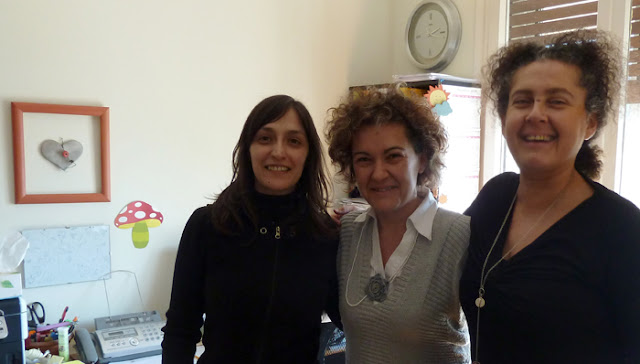 Saloniki is full of public art. 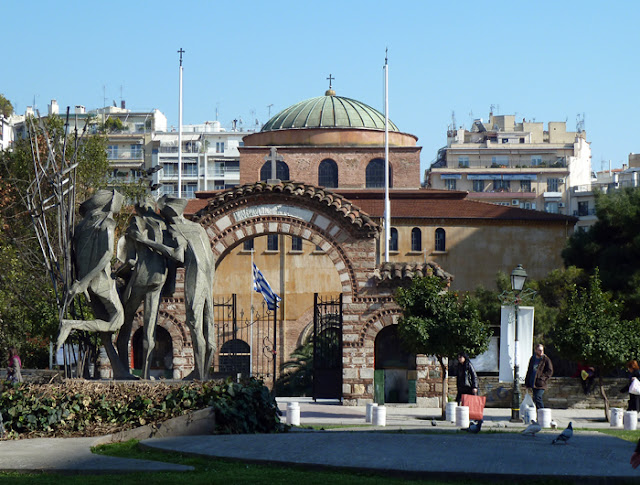 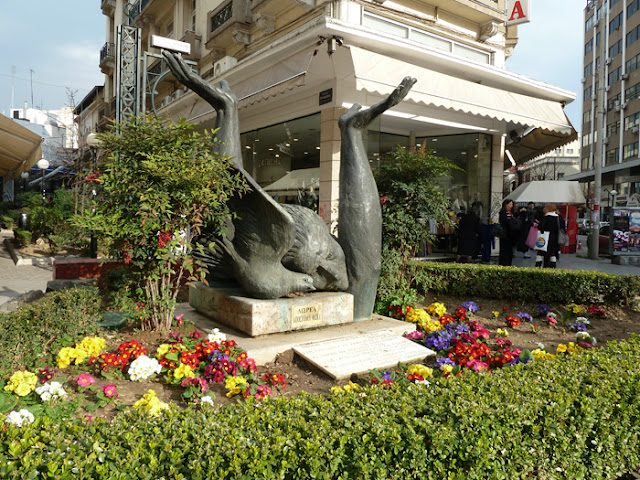 What graffiti there is, is colorful. 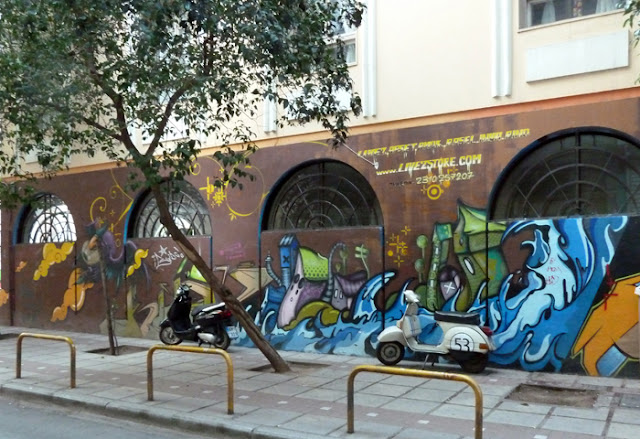 The Thessalonki Documentary Festival was in full force in Aristotle Square. Unfortunately, I hadn't heard about it so hadn't submitted the Arnold Beisser documentary, Flying Without Wings. 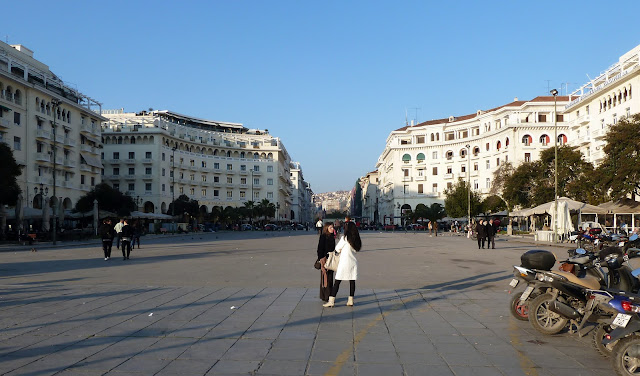 Surprising for a modern city - no skyscrapers. 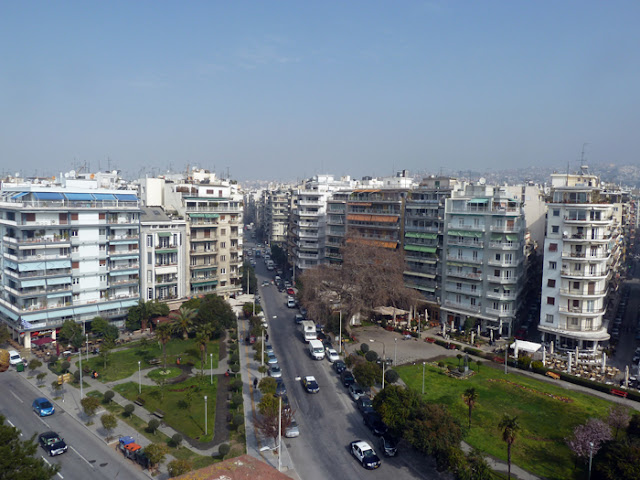 Lots of small cafes. The one on the ground floor of this old building was fabulous - as was the waiter's mural along the edge of the ceiling. 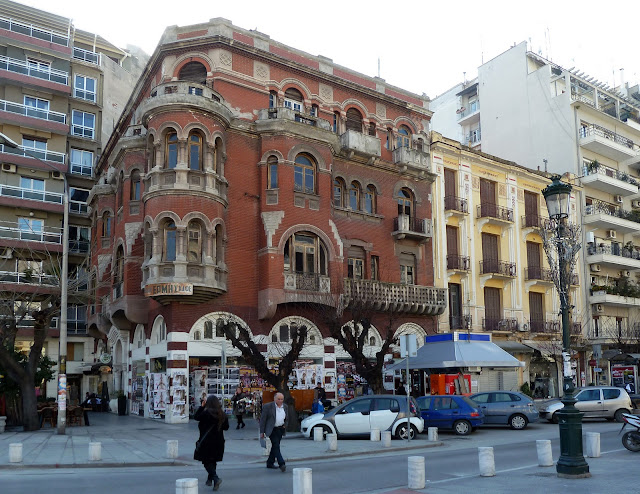 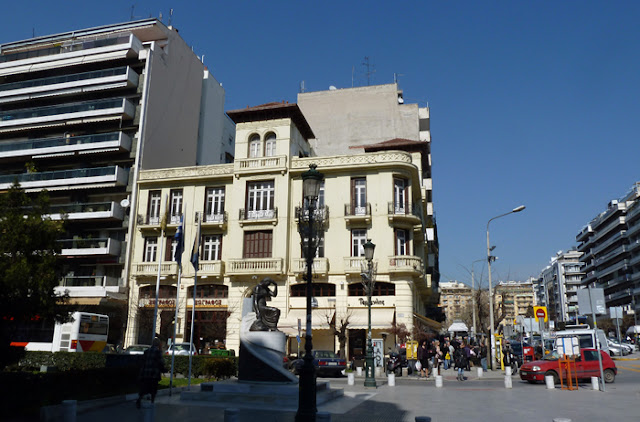 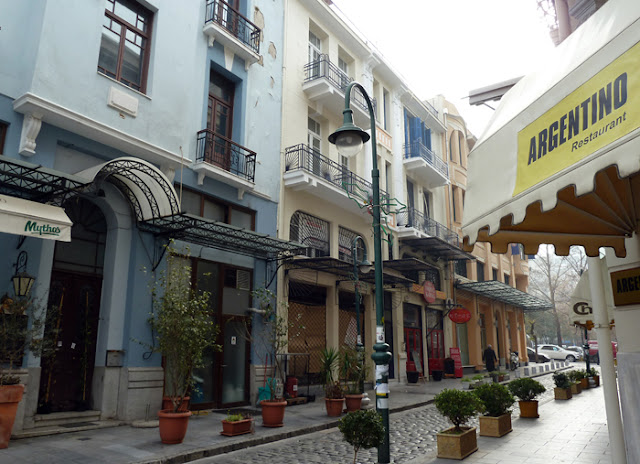 The old hamani - not open. 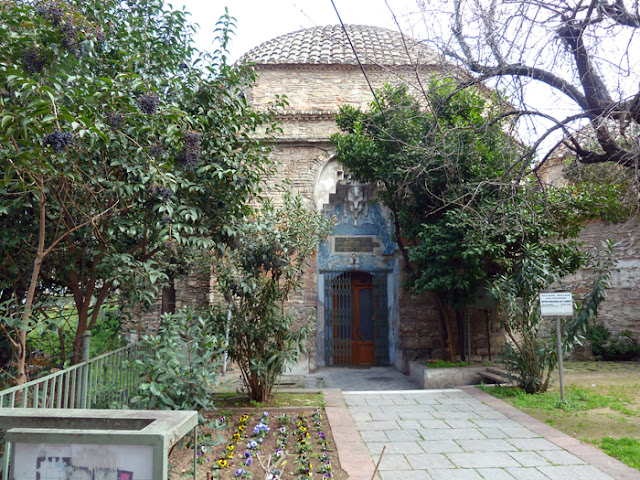 Old churches all around the city. 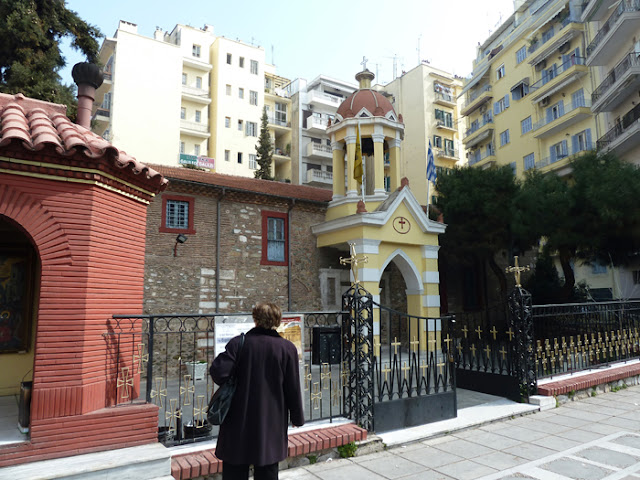 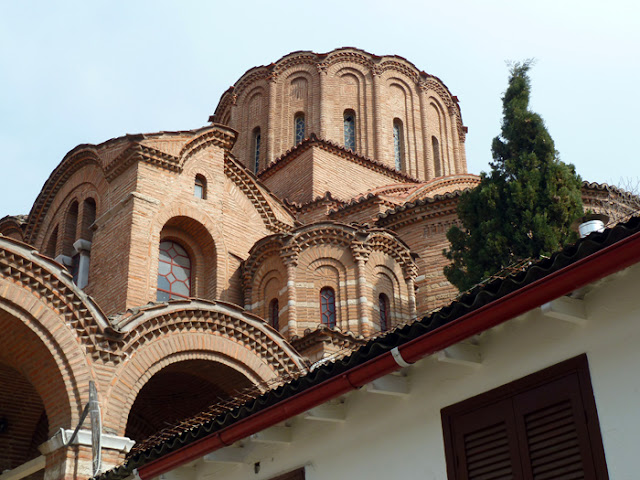 Every city seems to have a "flat iron" building. 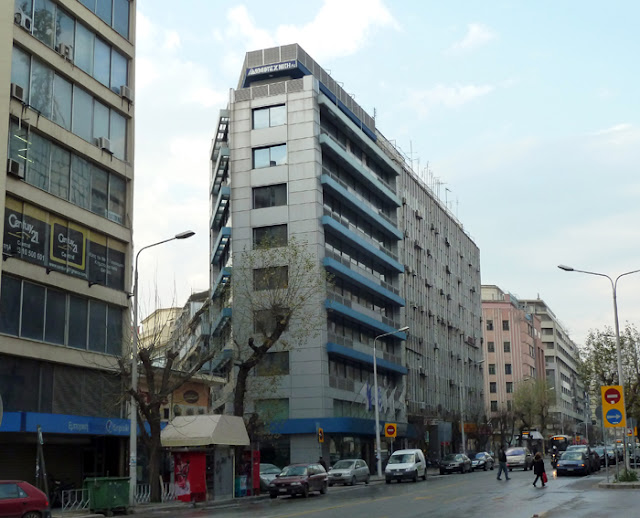 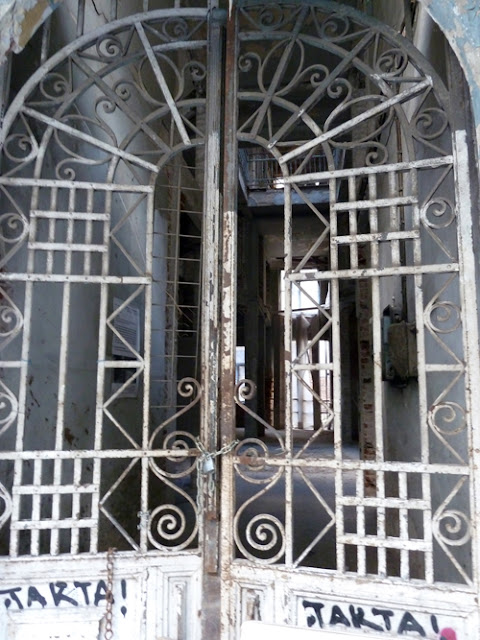 I think this one is beyond repair! 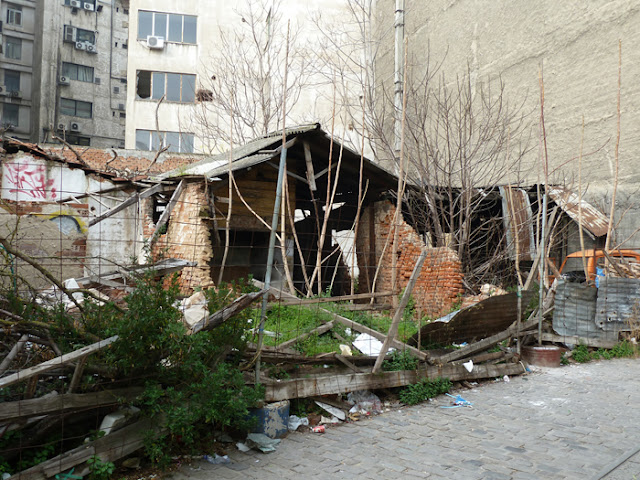 A whimsical surprise down a narrow street. 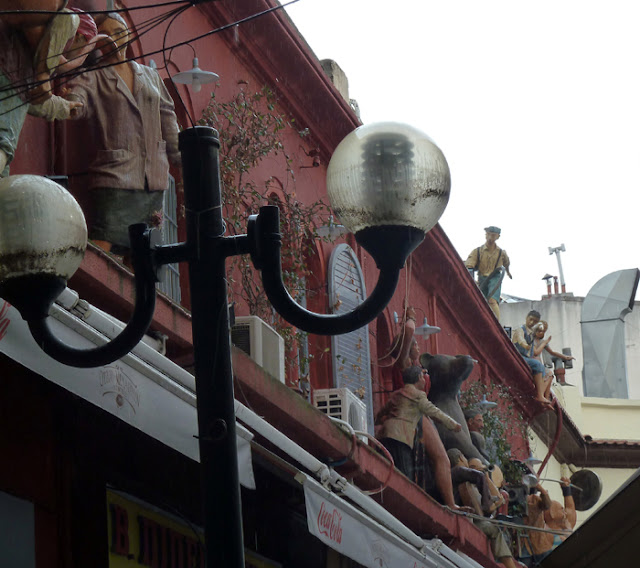 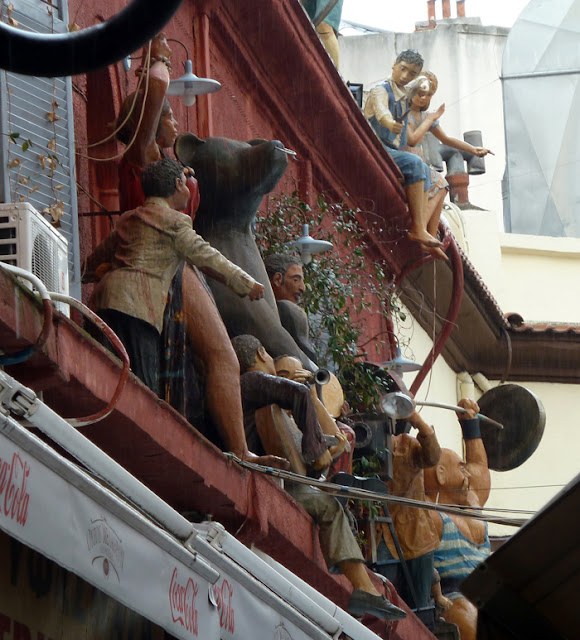 Playing games in the park can lead to blows. 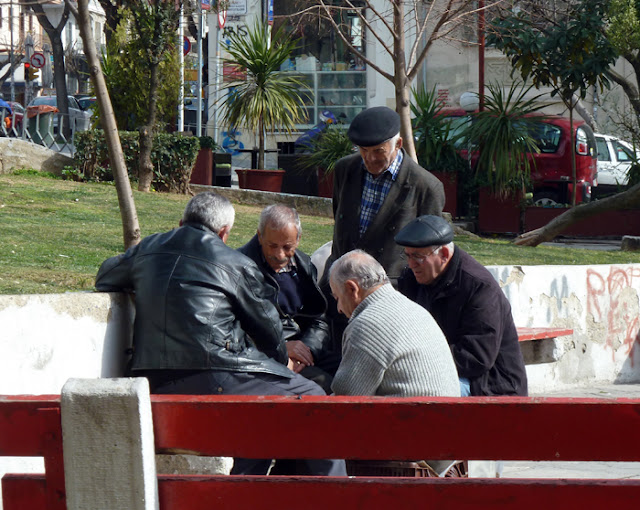 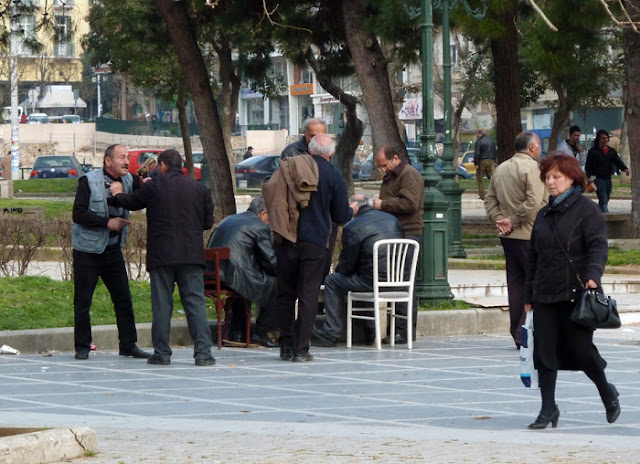 Not so easy for everyone to get around. 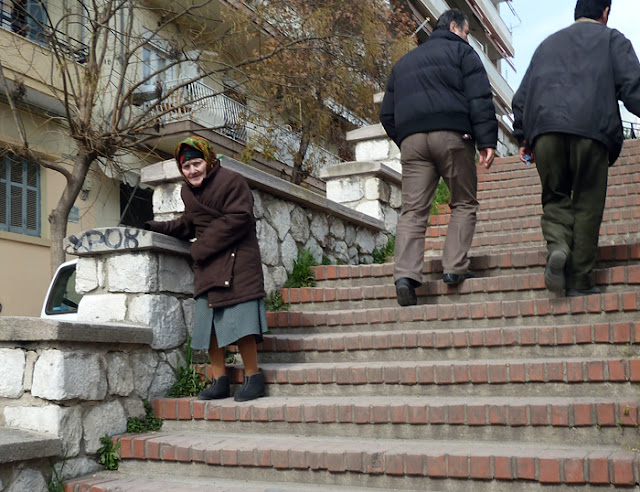 Lucky for me, my last hour in Saloniki I came upon a conservatory and a young man practicing for his final exams. 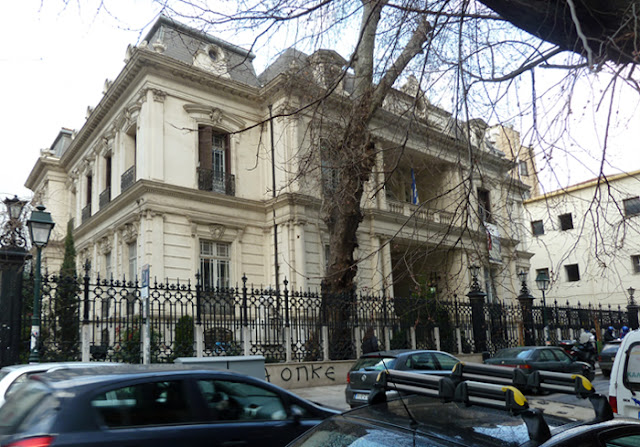 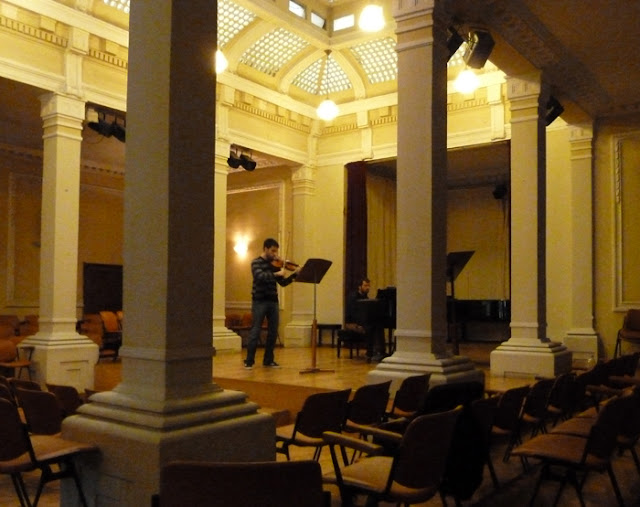 Let me know if you enjoyed Saloniki as much as I did.
Posted by Liv Estrup at 8:21 PM No comments:

Liv Estrup
I am a filmmaker, photographer, psychotherapist living in Santa Monica and traveling the world whenever possible. Always fascinated by watercolor paintings, my first class in the early 90s began with a lecture on fine art design. I immediately realized why some of my photographs were interesting. Thus began my passion with seeing the world through a lens... focusing on the composition of an image. A few years later I was awakened to reflections, which remind me of watercolors (see A Passion Born above).